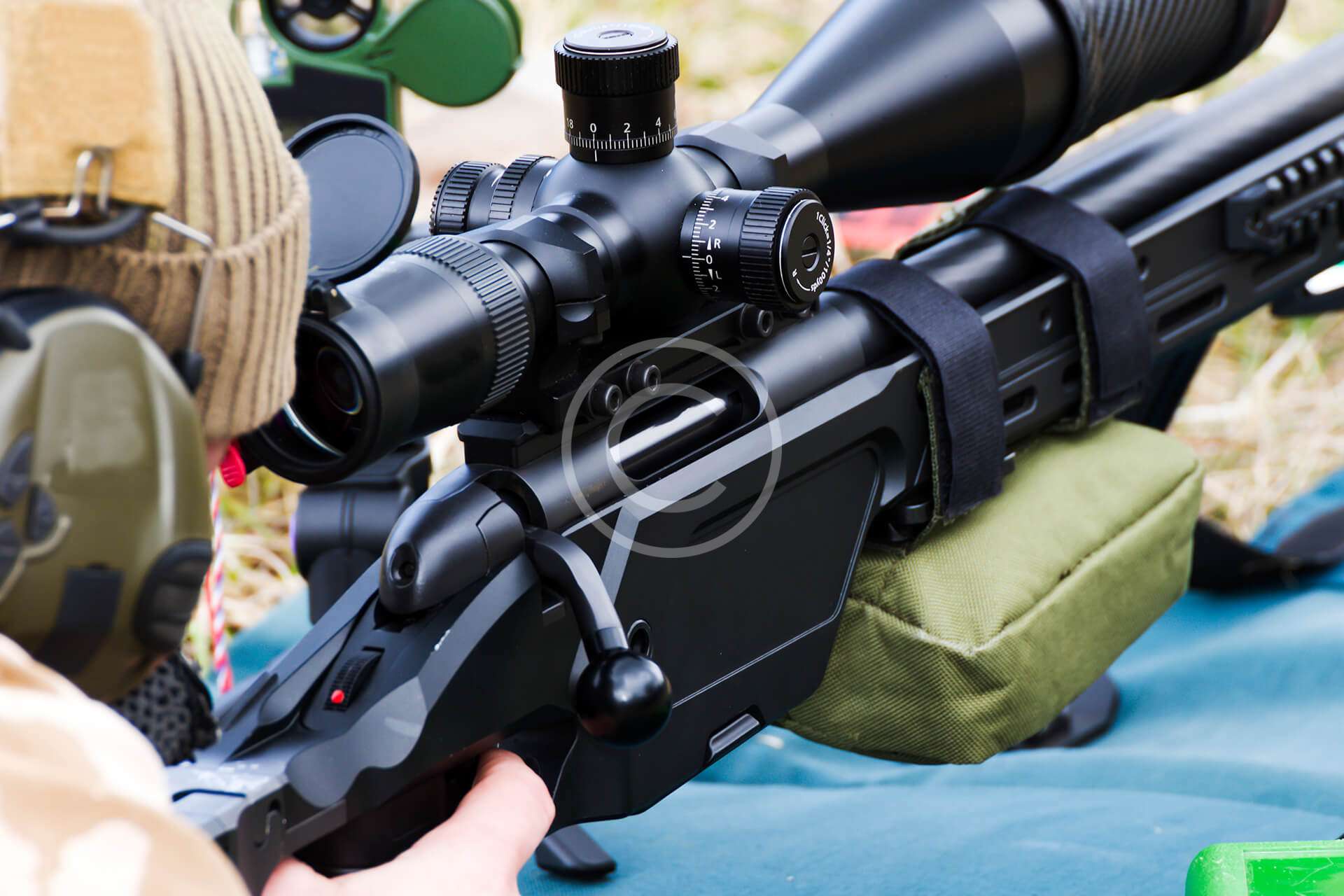 Every once in a while, an optic comes along that just makes sense. The best of these offer good quality and are priced so that most folks can afford them. Optics that fit both these descriptions are also the most difficult to find.

Everyone wants high-dollar stuff, but many of us have to live on a budget. If you like to be sensible about how much you spend on a scope, Steiner’s P4Xi is an optic with which you should become familiar.

The P4Xi is a low-power variable that adjusts from 1 to 4 power. That 4X erector assembly (the tube inside the scope that creates the magnification) is part of the reason why this scope can be found online and in gun shops for less than $500.

Critics will complain that the scope isn’t a 6X. That would drive the cost up because it requires more longitudinal travel in the erector assembly. In my mind, the 1-4X is the perfect magnification range for a budget-friendly optic on an AR-15.

The reticle Steiner uses in the P4Xi is their P3TR, an etched reticle that has built-in ballistic drop compensation. The reticle is designed for a 100-yard zero and has aiming points for 200-, 300-, 400-, and 500-yard target distances. Thoughtfully, the reticle guide also lists the actual subtension distances for those aiming points. They are: 200 yards for zero MOA, because it’s so close to the crosshair, 300 yards is 2.625 MOA, 400 yards is 5.75 MOA, and 500 yards is 9.5 MOA. The reticle supposedly has an aiming point for 600 yards, but it is so small it’s almost impossible to see when looking through the scope.

Publishing the actual reticle subtension means that you can put this scope on any rifle and create a very accurate range card for your chosen rifle/cartridge combination. Any ballistic calculator makes this process easy.

A very desirable feature of the P4Xi is the illumination system. Most scopes of this type have an etched reticle that has reflective material in and around the crosshair. These kinds of scopes use a red LED to bathe the entire reticle in red light and rely on the reflective material to bounce some light back towards the shooter’s eye. This “illuminates” the reticle.

This method is incredibly inefficient and, regardless of what the marketing material says, these reticles are not daylight visible. 2032 batteries just don’t have enough power to generate enough light to make the reticle visible in bright daylight where the scope could be used at 1X like a red-dot optic, which is kind of the whole point of having an illuminated reticle in a 1-4x variable on an AR-15.

The P4Xi, on the other hand, uses a fiber optic system. (This is the right answer.) There is a fiber that descends from the 12-o’clock position down the crosshair and then the end of the fiber is pointed right at the shooter’s eye. This system is super efficient and very bright. There is no problem seeing the red dot in even the brightest daylight. The P4Xi can absolutely be used at 1X as a red-dot sight on any rifle. This is a very rare combination to find in this price range ($670).

The 2032 battery that powers the fiber optic system sits under the turret on the left side of the scope. There are 11 power settings with an “off” position between each one so it isn’t necessary to rotate through each and every setting to get the one you want. Since the turret on the left side controls illumination, there is no side-focus adjustment possible on this scope. Parallax is fixed at 100 yards. Elevation and windage turrets are capped and adjustments for each are made in .5-MOA increments.

There has been some online chatter about mushy turrets. I was unaware that super crisp turrets were desirable on a scope that would be zeroed and then capped. This scope was not designed for dialing each shot. If it were, the turrets would be exposed and it would cost a lot more. The turrets are perfectly adequate for the designed purpose and I hope Steiner leaves them alone.

The scope comes with Steiner’s Heritage Warranty, which means they will repair or replace the P4Xi at no cost to you. The warranty does not cover theft, loss, deliberate or cosmetic damage that doesn’t hinder performance. This warranty is good for the life of the product and requires no registration or receipt.

Steiner’s headquarters might be in Germany, but the P4Xi is assembled and serviced in Colorado. Looking at the scope’s specifications, it’s also obvious they were drafted here as well. A scope so ideally suited to such a wide variety of shooting sports and self-defense could only come from a nation firmly committed to both.

8 of the Most Iconic Old West Revolvers