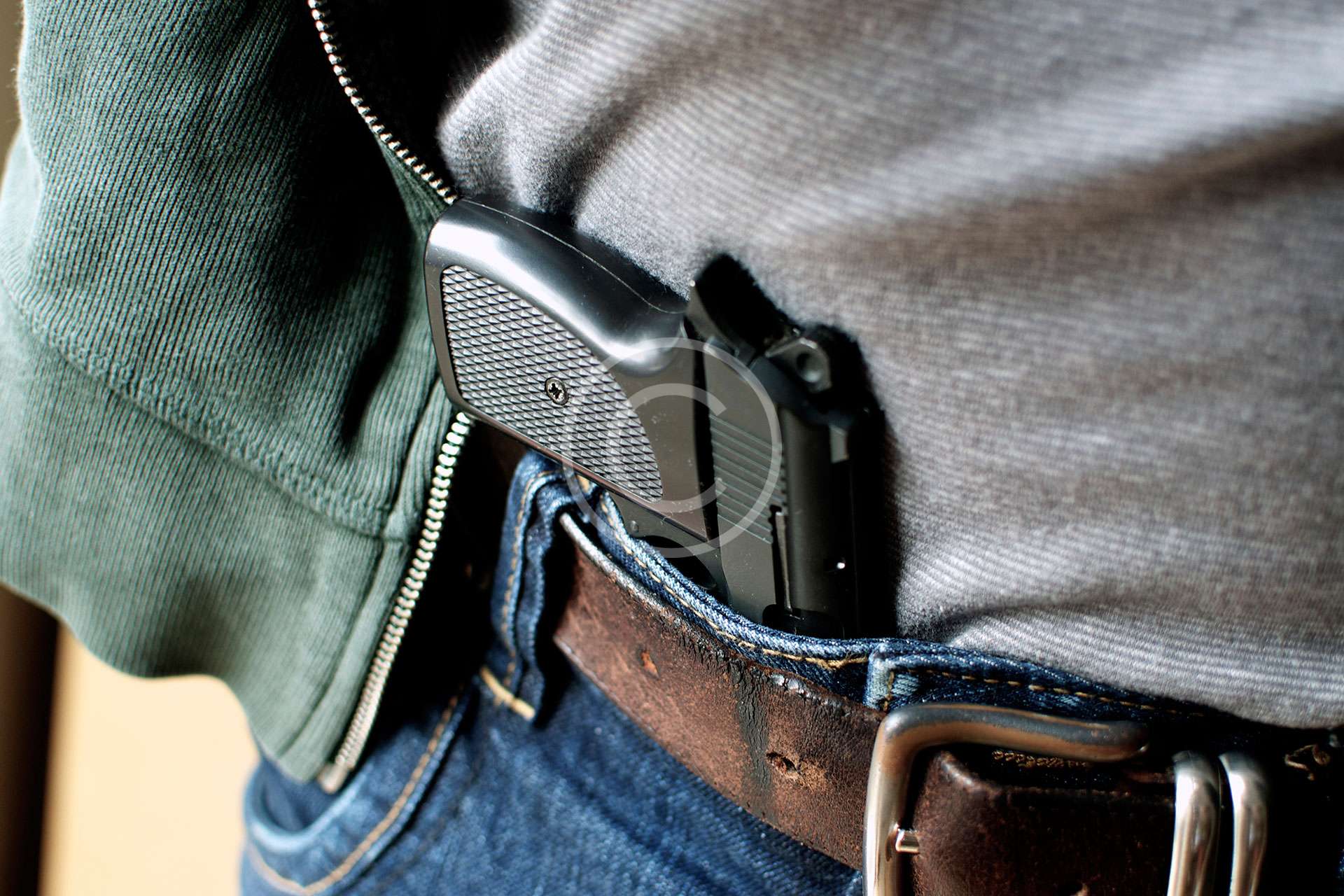 Arguably the king of all handguns, this prince of the prairie helped tame the American West and is still lionized by shooters today. The legendary gun was among the first commercially successful revolvers to utilize metallic cartridges. And when married with the potent .45 Colt, it provided soldiers, lawmen and outlaws enough firepower to get their jobs done.

Today, the SAA lives on as a movie icon, with the likes of John Wayne, Clint Eastwood and Val Klimer all dropping the hammer on the six-shooter. The original historic revolvers, especially those with any providence, can border on the insane when it comes to price. Luckily, Colt still has the Single Action Army running off its assembly line, as does Uberti — true to form and ornery as ever.

Like any tough-as-leather gumshoe will tell you, a solid snubnosed revolver can allot a great deal of peace of mind. And snubbies‘ enduring popularity is due, in part, to this slick little pocket pistol.

The Detective Special made its appearance in the Roaring ‘20s, and like its name suggests, the revolver was intended for carry by plain-clothes officers. But G-Men weren’t the only ones to recognize the advantage of the clandestine .38 Special, with more than one of these Colts making it into the hands of mobsters and bootleggers over the years.

In addition to its petite size, the Detective Special embraces a design point new to revolvers of the time. It was among the first double actions to utilize a swing-out cylinder. As revolver fans know, this tweak made wheelguns that much faster on the reload, a particularly important feature for a defensive arm.

The Detective Special is still popular today, a keen addition to any gun collection. And in a pinch, ready to roar into action.

Coming up with a classic doesn’t necessarily mean reinventing the wheel. The Model 19 is a case in point.

In collaboration with a lawman and one of the best marksmen of his day, Bill Jordan, Smith & Wesson married the powerful .357 Magnum cartridge with its trim medium-sized K-Frame. While it required some mechanical and metallurgical tinkering to get right, what resulted was magic

The Model 19 boasted supreme stopping power, yet came in a manageable package. It’s latter point was one of its greatest assets; it could be worn all day without becoming burdensome. No understatement, it became the finest duty revolver of the 20th Century, and an absolute treasure to revolver fans.

It’s hard to think how the Single Action Army could be improved, but Ruger found a way to do it. Shooters, in turn, more than responded.

The Blackhawk was and is one of the all-time most popular guns to roll off the company’s assembly line. What made it such a hit, aside from the Western movies of the day, was the single action’s ability to digest magnum rounds. Given America’s love affair with the .357 Magnum in the early 1950s, it made sense the Blackhawk was originally chambered for the round, then soon after the .44 Magnum.

The new models, and there are many of them, are just as fun and rock solid as the Blackhawks that rolled off the line nearly more than 60 years ago. But it’s difficult to argue that there is just something to the old, original “Flattop” models that are the apples of collectors’ eyes.

Along with hand-rolled cigars and small-batch whiskey, this revolver is truly one of the finer things in life. The hand fitted and hand polished Python offered shooters an unparalleled experience behind the trigger, and head-turning looks that seldom come down the pike.

To the latter point, the .357 Magnum is unmistakable in silhouette, boasting a vented rib and a full-length underlug running on a bull. But the Python offered more than serpentine good-looks; it also performed. The revolver could beat the snot out of the bullseye, aided by superior hand fit, a trigger pull as smooth a glass and a cylinder locking mechanism that milked every bit of accuracy out of each cartridge. It is no wonder gun writers and handgun enthusiasts in general consider the Python among the best mass-produced revolvers of all time.

The revolver that makes anyone’s day, shooters have had an up-and-down relationship with the .44 Magnum. Popularized by Clint Eastwood’s use of it in the “Dirty Harry” movies, the Model 29 was for a time the must-have revolver.

But similar to when it was originally introduced in the 1950s, there were plenty of barely-shot 29s returned to gun stores around the country. While shootable for caliber, the Smith & Wesson N-frame still packed more punch than the general shooting public was willing to endure.

The emerging niche of handgun hunting in the 1970s kept the large-bore revolver relevant, given, short of a blue whale, it could perforate and permanently put down nearly any beasty on God’s green earth. And it is still among the top choices of handgun hunters today, especially those with a yen for the classics.

Finely built, with power to spare, this single-action monster is just the ticket for tackling any game North America can throw at you.

The first commercially revolver offered in .454 Casull, the Model 83 gained notoriety for more than its ability to pitch one of the most potent rounds on the planet. The wheelgun was also one of the most meticulously engineered firearms to hit the market, despite its old-timey look. One such example is Freedom Arms line boring the cylinder, a process rarely seen outside custom shops and which ensures absolutely dead-on bore-to-chamber alignment.

Despite its premium price, the Model 83 has grown in popularity with the upsurge of handgun hunting, and it is now available in a slew of game-stopping calibers from .357 Magnum to .500 Wyoming Express. Freedom Arms has even kept the recoil-sensitive, yet performance-driven shooters in mind, offering the legendary Model 83 in .22 LR.

8 of the Most Iconic Old West Revolvers